Originally published by the Z mého kraje monthly in January 2020.

The Tikkun (Hebrew for repair) Pacov Synagogue Association purchased the former Pacov synagogue, located downtown behind the Crystalis bottling plant (where a small park used to be), at the very end of 2018 with funds provided by private donors and municipal aid. The NGO run by local and out-of-town people was established in order to save this important 200-year-old building within the Pacov urban heritage area from falling apart and to use the future renovated synagogue as both a reminder of our former fellow citizens who perished during the Holocaust and a meeting place/educational and cultural venue.

The Tikkun Pacov association organized an archeological survey of the synagogue attic in March 2019 in cooperation with local conservationists and the Prague Jewish Museum staff. Several documents and tangible relics – including a prayer-book fragment which will be restored this year – were found in the so-called genizah (meaning “hiding place” or “repository” in Hebrew) used to store worn-out sacred manuscripts and other items. In August we have organized an international public discussion called Nápady pro synagogu (Synagogue Ideas) where future uses of the synagogue were animatedly debated. Both events were covered by the Czech dailies MF Dnes and Pelhřimovský deník. Also our members and their families restored the original entrance to the building earlier last summer and the synagogue could therefore be opened to general public during the Jewish Monuments Day on 11th August 2019. The visitor turnout was unexpectedly high. You can see the photographs here and here.

In autumn some of our members set out (at their own expense) to gain experience abroad. Our goal was a lovely village called Roth near an equally lovely college town Marburg in the Frankfurt area. Here a former synagogue, until then used as a private grain storage, was purchased from the previous owner, restored (the purchase and restoration were financed with public funds) and now serves as an educational/cultural centre. Common interest brought both associations together and a fruitful cooperation seems to have been established. Most members of the German synagogue association work in education and educational aspect thus features heavily in their work. 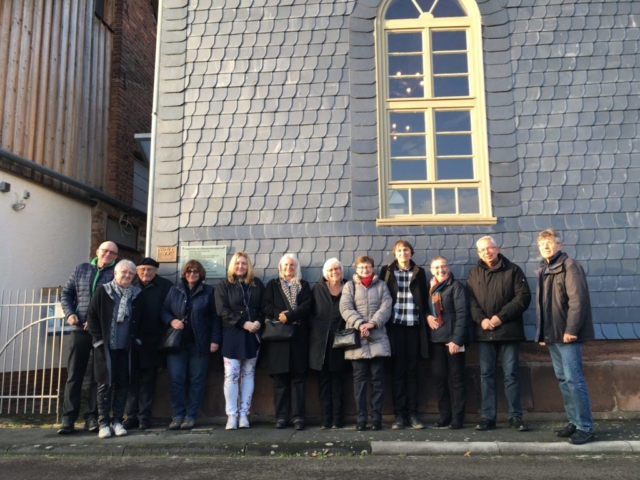 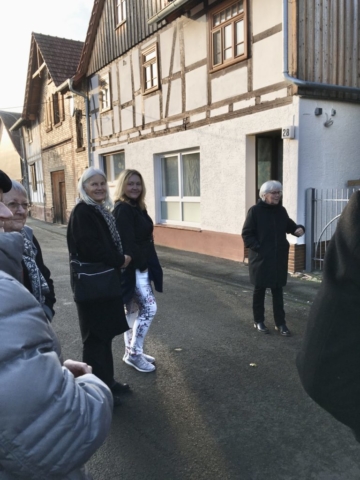 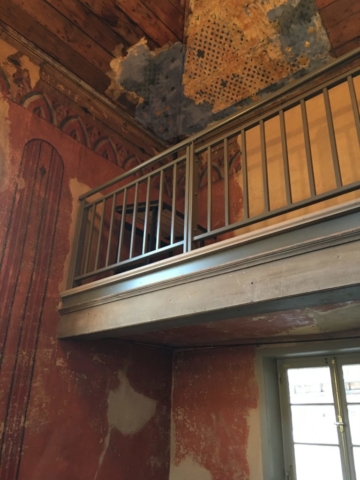 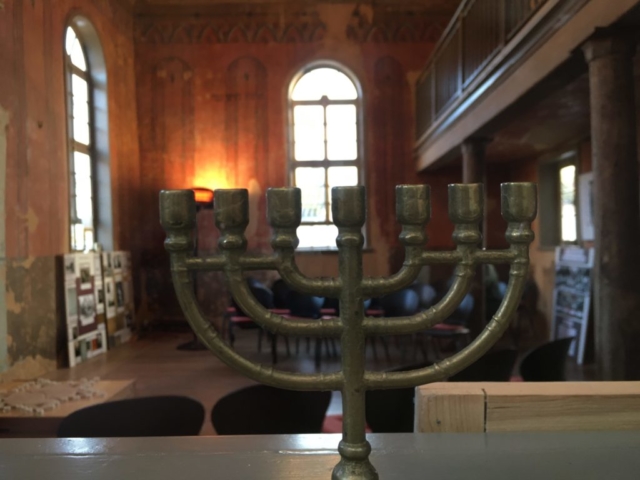 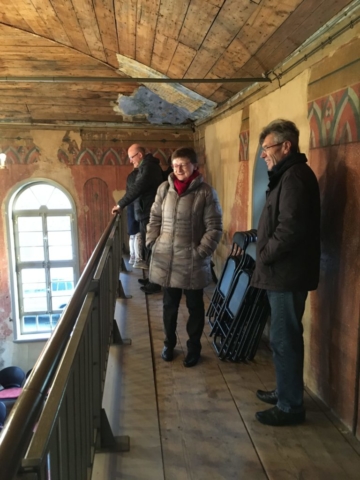 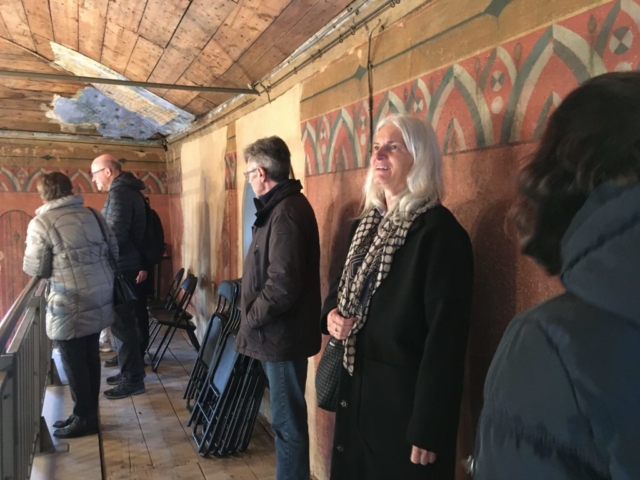 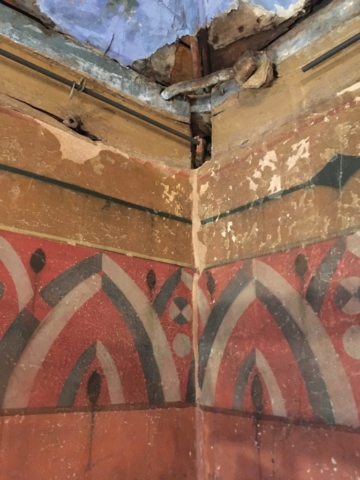 Photographs from our visit in Roth, Middle Hesse. By Marie Orlando

Last year we also filed a heritage status proposal on behalf of the synagogue. We expect the Czech ministry of culture’s statement of approval any day now. Then we will able to apply for restoration grants to e.g. the regional authorities (with the help of our municipal government).

This year we intend to concentrate our efforts on stabilizing the emergency condition of the synagogue, sadly confirmed by the structural survey conducted by Brno experts (the complete written report in Czech is available here along with a short summary in English), drawing up an emergency building blueprint, and obtaining a building permit. Unfortunately none of the previous owners paid attention to rafters, roof, and ceiling maintenance nor seeping humidity exacerbated by unsatisfactory construction changes in the late 20th century when the building was used mostly as a storage room and as a result of that we now face a huge challenge indeed. We believe, however, that more local and out-of-town sympathizers eventually will join our efforts to save this important landmark. Already we see first signs of this development, courtesy of our transparent bank account accessible here. The donations range from several contributions worth of 200 CZK each collected during our bicentennial fundraising campaign to a truly extraordinary sum recently gifted to us by Mr Julien Hradecky whose family roots go back to Pacov. We are grateful for any donations. Here we would also like to thank Mrs Němcová from the Pacov microbrewery who has always been very forthcoming and given us access to the synagogue attic as well as power supply.

We are planning to exhibit the Restlicht (Residual Light) by Werner Mally during this year’s summer season in Pacov. Intended for public space presentation, the temporary memorial sculpture, first unveiled in 2012 at the 5th Swiss Triennial Festival of Sculpture in Bad Ragaz, Switzerland, evokes the fate of Jews during the WWII through shadows and light. Before Pacov it was exhibited in Munich, Berlin, Cologne, and Mikulov (Nikolsburg), Moravia.

Results of a survey conducted last summer in Pacov

The final question concerned the future use of the synagogue and was answered thusly: as a museum; for cultural purposes; for school activities; as a community centre; as an exhibition space; for edifying and educational purposes; as a venue for a Jewish culture festival; like the restored synagogues in Holešov and Čkyně; open the building to the public.